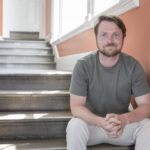 Conor most recently appeared on stage for Rough Magic in A Midsummer Night’s Dream directed by Lynne Parker, as well as A Portrait of the Artist as a Young Man and Mr Burns, both directed by Ronan Phelan.

He will be back on stage this Summer in the role of Don Pedro in Rough Magic’s production of MUCH ADO ABOUT NOTHING directed by Ronan Phelan for Kilkenny Arts Festival.

He is a graduate of the BA in Acting at the RADA accredited Lír Academy at Trinity College, Dublin where he had roles in Keelie Sheridan’s GRIMLY HANDSOME, I AM A CAMERA directed by Hilary Wood, THE PROVOKED WIFE directed by Lynne Parker, THE CRADLE WILL ROCK and AGAMEMNON, both directed by Wayne Jordan, BUDDLEIA directed by Tom Creed, GIVEN THE DAY, which he also devised with director Louise Lowe, BY THE BOG OF CATS directed by Selina Cartmell and AS YOU LIKE IT directed by Hilary Wood. Other work with the Lír includes the short film UNTITLED directed by Rebecca Daly.

Upon graduation he was cast in the role of William Charles DuBrulle in Umbrella Theatre Project’s GLOWWORM at Project Arts Centre, directed by Davey Kelleher as part of the Dublin Fringe Festival.