Q&A with costume designer of A Midsummer Night’s Dream 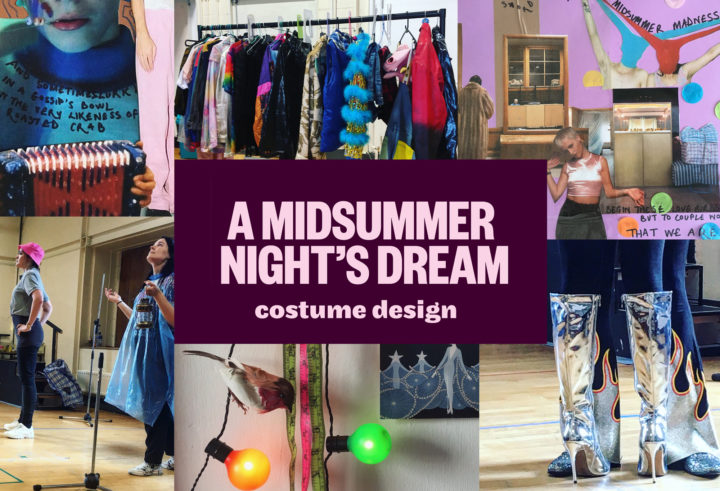 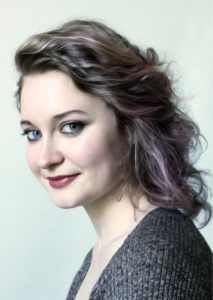 Katie Davenport is the brilliant designer behind the topsy-turvy world of Rough Magic’s A Midsummer Night’s Dream.

Before the show opens in Kilkenny’s Castle Yard, Katie spoke about designing for all-weather outdoor productions, approaching her third Shakespearean play, and incorporating post-Soviet culture, punk, and “sequinned magic” on the night.

What is the concept and inspiration behind the costume for Midsummer?

We are in a reimagined Ireland – a rebellious and youthful parallel present that plays with the utopian elements of post-Soviet culture. It’s a place of conflict, abandonment and a lost sense of stability. And so within the costumes, there’s a sense of post-Soviet rebellion and the fierce energy of youth culture. That kind of Berlin ostalgie. With such a dynamic and spirited ensemble – it’s a real chance to pop a little bit of punk and glam. I’m managing to get a good bit of sequinned magic in there.

In reaction to Sarah Jane Shiel’s set and lighting design, I’m looking towards reflective materials that will pop in the space, and there’s an element of everything becoming transparent as we journey through the play.

What are the challenges in designing costumes for a Shakespearean play?

The same that exist in designing any play. This is my third design for a Shakespearean play in the last year, so I’m growing a bit of muscle memory in terms of the journey you take as you design and rehearse one.  As a designer I get a real kick out of connecting Shakespearean plays to contemporary aesthetics.

Shakespeare doesn’t asked to be solved, you just have to create an fertile space to let it happen on – to let the play speak. I enter the psyche of the text and create textures that directors and actors can respond to. And have a bit of fun with it. In this play, the actors double (and triple up) on roles, so the challenge is to design costumes that allow the actors to easily take on other guises.  The costumes should be tools to explore dramatic possibilities.

Did the fact that this is an open air production affect your costume designs?

When you work on a show, does it ever influences how you dress day-to-day?

It really doesn’t influence how I dress. I live out my clothing fetishes though designing for actors. I find that pretty thrilling. My favourite part is bringing the most unusual clothes I can find into costume fittings and rehearsal rooms and seeing how people react. There’s something very freeing about it.

What did you most enjoy about working on this show?

Collaborating with the creatives – Lynne Parker, Sarah Jane Shiels, Denis Clonhessy, and the feeling of a shared responsibility for the show. While designing costumes for this show, I’m also working on designing the set and costume for the next Rough Magic show ‘A Portrait of the Artist as a Young Man’ in Dublin Theatre Festival in September, directed by Ronan Phelan, with the same designers and actors. And so, we are a temporary ensemble and family for the next while, and that’s something rare in the theatre industry here.

I think it lends itself to open-hearted collaboration. It’s something I’m not taking for granted.

A Midsummer Night’s Dream will be performed in the Kilkenny Castle yard from 9 – 18 August as part of the Kilkenny Arts Festival 2018. Tickets from €20 available on Kilkenny Festival website.