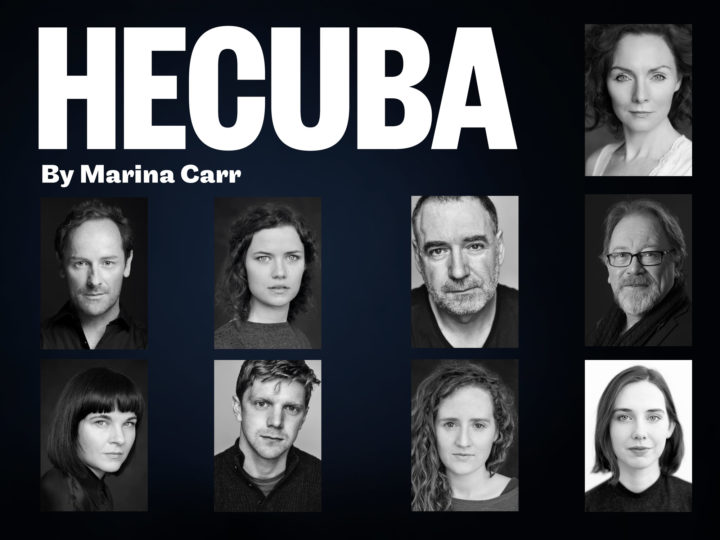 We are thrilled to announce our talented cast for the Irish premiere of Hecuba by Marina Carr.

For this production, Rough Magic brings together some of the country’s most celebrated actors – who have already given us stellar performances – with a new generation of Ireland’s most exciting emerging talent; in a classic Rough Magic ensemble.

Aislín McGuckin will take on the lead role of Hecuba, Queen of Troy, while her daughters Cassandra and Polyxena will played by Martha Breen and Zara Devlin.

The role of Agamemnon will be played by Brian Doherty, with Owen Roe as Odysseus, Ronan Leahy as Polymestor and Frank Blake as Nepotolemus.

Marina Carr’s Hecuba is a passionate reimagining of the aftermath of the Trojan War and the events surrounding its iconic characters; a series of intense, dangerous personal encounters and impossible choices, described by those who witnessed and experienced them.