Interview with director of Much Ado About Nothing 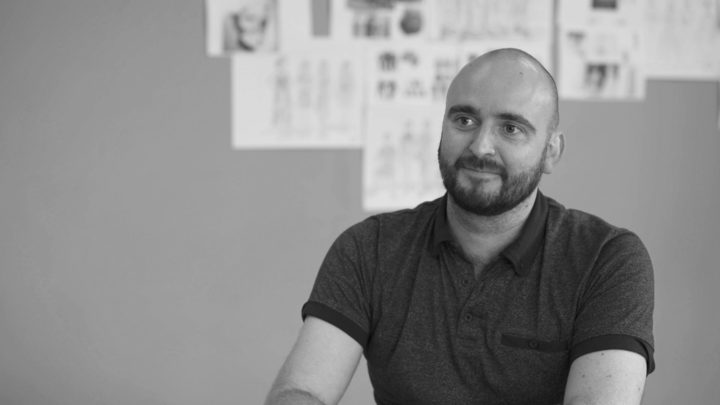 After a successful run at the Kilkenny Arts Festival, Rough Magic is bringing its acclaimed modern staging of Much Ado About Nothing on a national tour.

In this interview director Ronan Phelan explains why he decided to set it on the deck of a deluxe mobile home, the meaning behind those flaming pants in the poster, and why we’ll all recognise the slagging between original romcom couple Benedick and Beatrice.

When Rough Magic was asked to return to Kilkenny with another Shakespeare show, several of the bard’s texts were on the table. What made you push for Much Ado About Nothing?

I’d argue that, of all Shakespeare’s comedies, Much Ado About Nothing is the one with the most contemporary resonance. It’s a play about gender roles and expectations – an issue which seems especially prevalent at the moment – but it’s also a play about love, and more importantly, it’s a play that takes love seriously. Because it’s sceptical about it, if that makes sense. It’s a play that makes clear that there are no guarantees in love – you can never be certain of the other person, or that you won’t get hurt. Lots of the characters in Much Ado are scared of being betrayed, being made to look foolish. They’re afraid they won’t measure up to the roles they hold in society. And they avoid examining these neuroses by partying – an impulse that is never hard to identify with. They drink a lot, they dance, they crack jokes, they change the subject. They try really hard to impress upon themselves and others that they’re sorted. And the partying is lots of fun; this is a play that’s full of exuberance and joy. It revels in how foolish love can make us, and delights in flirtatious sparring. But there is a vein of inquiry in it that continually intrigues me – it tests love, it wants to know if love can be believed. For all its ribaldry, the play puts a lot of pressure on the idea of love. As a result, when love happens, it’s something hard won, and true.

It’s a play that tests the idea of meaning itself. The villain of the piece is a nihilist; he believes that nothing has any value at all, and so therefore you may as well destroy another person’s love as endorse it. It prompts us to question what we care about, why we care about it, forcing us to acknowledge that things only have value in our lives if we determine it. And I think that’s something that concerns us all.

And it’s also very funny, which is always good. 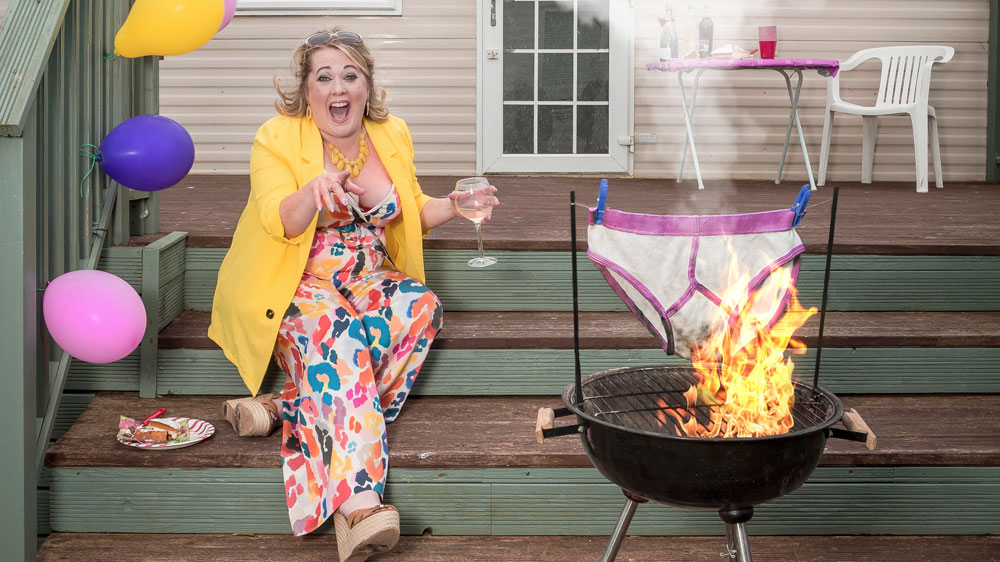 The poster for Much Ado features a pair of men’s underpants on a barbecue being licked by flames. Care to explain?

Sure, I’ll give it a go! For me it’s the combination of things here. It’s not just about the image of a pair of Y-fronts being tickled by fire, but also the woman, in this case the life-affirming Clare Barrett, seemingly oblivious, howling with laughter. The tension between these two things captures something of the spirit of the play for me, a spirit of party-going, holidays, laughter, and blissful ignorance; a carnival of joyful excess, delightfully unaware of the battle of the sexes that rages underneath it. 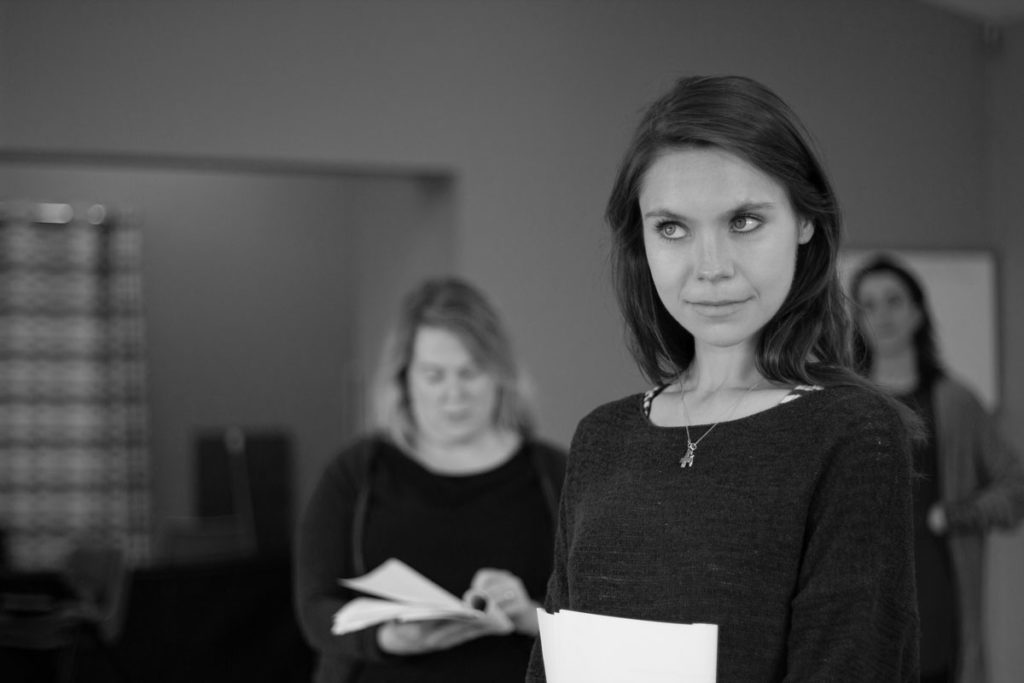 Do you agree that Shakespeare created the original romcom with Much Ado? Does that make it easier or harder to direct the play for a modern audience?

This is something that Shakespeare scholars have said for a long time, that Much Ado is the template for the screwball romantic comedy, particularly those made famous by Spencer Tracy and Katherine Hepburn and later in films like When Harry Met Sally and Sleepless in Seattle. And it’s true that there is something immediately recognisable in the rhythm and structure of the play, particularly the verbal sparring between Benedick and Beatrice. The vitality and electricity generated by their slagging is made all the more delicious by the fact that they seem wilfully ignorant of the deep affection they hold for each other. I think we recognise, and always will, the instinct they have to protect themselves from hurt or loss or feelings of inadequacy. And the impulse to use comedy to assert their control over their feelings. We understand that it’s a scary thing to yield to love, and we enjoy seeing them tie themselves in knots in their desperate attempts to avoid the inevitable. 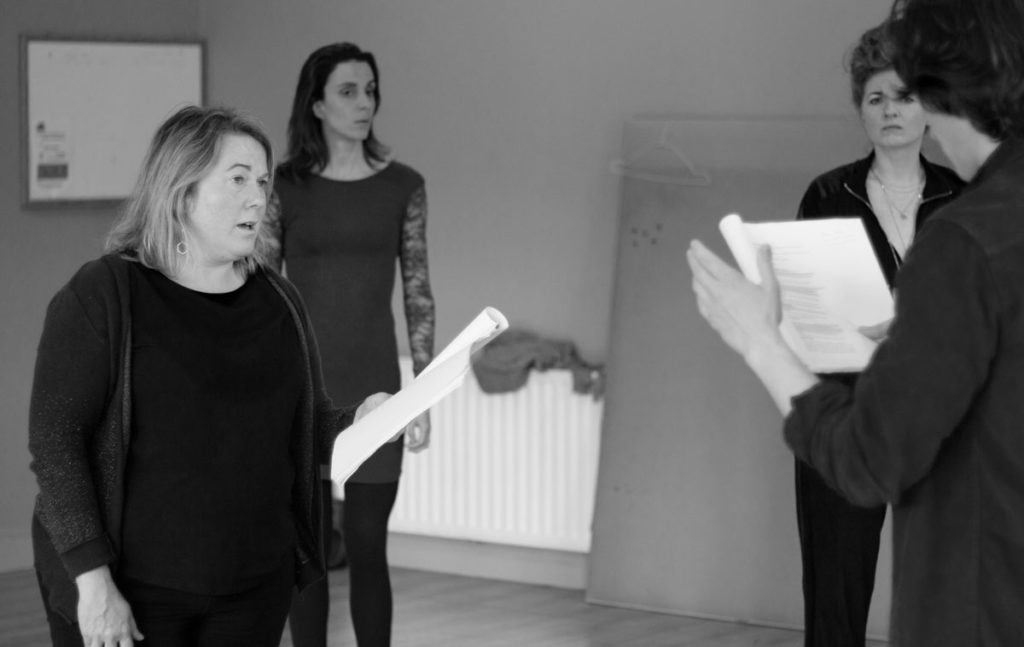 Much Ado About Nothing is set in a man’s world. Traditionally, Hero and Beatrice are the only female characters of note. Men may have held all official positions of power when the play was written, in 1598, but that’s not necessarily the case nowadays. Leonato, as Shakespeare wrote him, is the elder statesman of the play and Hero’s father. However, I wanted more women in the play and better parts for them. And it seemed to me it is just as plausible for a woman to be the head of a family as a man – particularly in Ireland. At the same time, though the decision was borne out of a desire for greater gender balance in the cast, and though Leonata, as she has now become, is the matriarch of the play, she’s not necessarily a feminist hero. She is a comprised, complex character. She lives in a misogynistic world, and she colludes in it too. Although she loves her daughter, she wants her to fulfil the expectations of the men in the play. She desperately wants her to get married, and when her daughter’s character is slandered, her mother sides with the men. There’s a complexity here, but it’s the complexity of real life; that all of us can subscribe to an ideology that oppresses us. 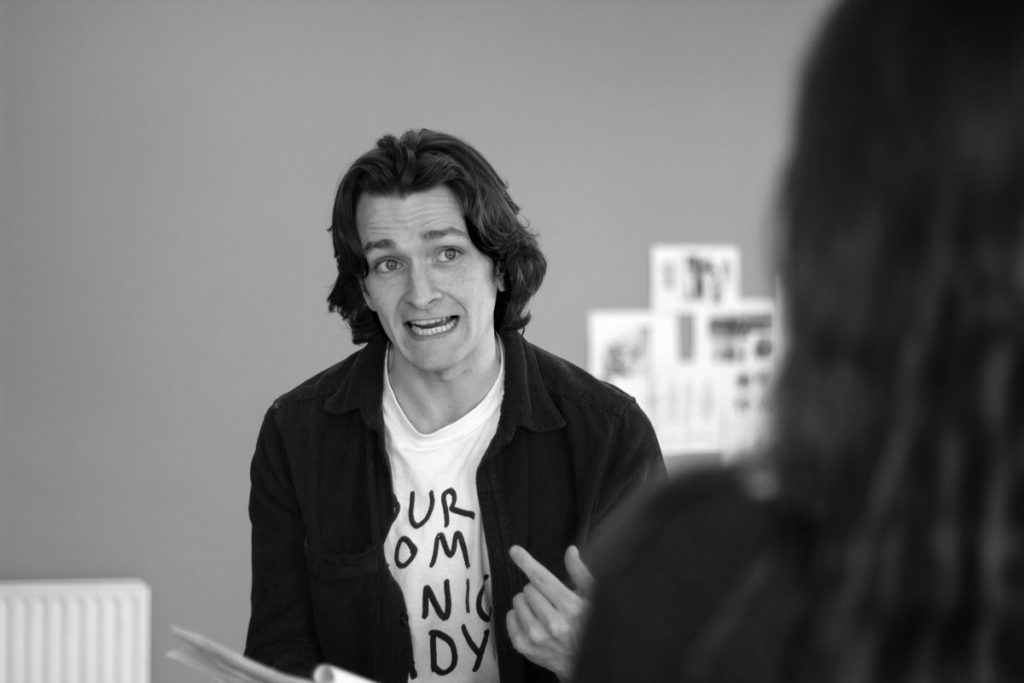 Music promises to be a huge part of Much Ado. Why have you chosen country music to be the soundtrack of this show?

To be honest, I was thinking of my own family, and the holidays we used to take when I was young. My extended family would get together, rent mobile homes on the Irish coast, and the soundtrack was always country music, or country and western, or folk. I should say, I have really happy memories of these times, and such affection for so many of these songs – but it has always struck me how their lyrics are rooted in a really conservative view of gender relationships. In country music, women are women and men are men. Each have their own roles and they are only rewarded when they stick to them. Growing up as a gay kid in an Ireland that wasn’t – back then at least – very hospitable to queer identity, you develop an ear for this kind of thing. So for me country music does two things in Much Ado: it’s the sound of so many Irish holidays, and parties; it’s playful, and irreverent; but it also has this more problematic aspect. Therefore when it came to putting on Much Ado – a play that’s obsessed with gender roles and expectations – country music just seemed right.

Rough Magic’s production of Much Ado About Nothing is touring from 9 – 22th November 2019.