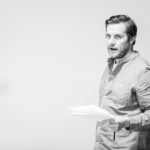 Peter recently completed filming the role of Ding Dong in the Paramount/TNT series THE ANGEL OF DARKNESS.

He was recently seen in the role of Naylor on the BBC series DUBLIN MURDERS, and will next be seen on screen in the role of Paddy in COLD COURAGE for MTG. On stage he recently played the role of Ded Raftery (Nomination for Irish Times Theatre Award for Best Supporting Actor) alongside Lorcan Cranitch and Marie Mullen in Marina’s Carr’s ON RAFTERY’S HILL, directed by Caitriona McLaughlin for the Abbey Theatre. Recent screen credits include the role of Doggy Mannion opposite Charlie Murphy in the screen adaptation of Kevin Barry’s short story DARK LIES THE ISLAND, directed by Ian Fitzgibbon. Other recent projects include the role of Rooster Collins in THE BELLY OF THE WHALE, a feature directed by Morgan Bushe, the lead role of Father Eoin O’Donnell in PENANCE: AITHRÍ directed by Tom Collins and the role of Toss in Nick Kelly’s feature THE DRUMMER AND THE KEEPER.
​
Further film and television credits include the role of Eoin in the short film THE BRIDGE directed by Mark Smyth, the role of Corporal Bailey in ARRACHT. directed by Tom O’Sullivan, the role of Padraig in EARTHLY BONDS, a short directed by Alan Dunne,  WE HAVE ALWAYS LIVED IN THE CASTLE directed by Stacie Passon, in which he plays the role of Bobby Dunham alongside Alexandra Daddario, Taisa Farmiga and Sebastian Stan, the TG4 series WRECKING THE RISING, Ian Hunt Duffy’s award-winning short film GRIDLOCK, Ian Power’s feature film THE GUARANTEE, the role of Brendan Boyle opposite Gabriel Byrne in the BBC’s three-part mini-series QUIRKE, the lead role of Alex in the feature GET UP AND GO alongside Killian Scott, and his regular and extremely popular role as Fran on the critically-acclaimed RTÉ drama LOVE/HATE. Peter won an Irish Film and Television Award for Best Supporting Actor – Television in 2014 for his portrayal of Fran.

Theatre work includes the role of Drum Major in Landmark Productions’ WOYZECK IN WINTER directed by Conall Morrison (with performances at the 2017 Galway International Arts Festival, Olympia Theatre Dublin and the Barbican Centre, London) the role of Jerry Devine in The Gate Theatre’s production of JUNO AND THE PAYCOCK by Sean O’Casey, directed by Mark O’Rowe, the role of Marco in Arthur Miller’s A VIEW FROM THE BRIDGE directed by Joe Dowling also with the Gate and the role of David in BEFORE MONSTERS WERE MADE directed by Ben Kidd for 15th Oak Productions.

Peter is also a fluent Irish speaker and a highly experienced voice-over artist. His voice over work includes the RTÉ radio drama production of Andy Burns’s SERENITY in which he played the lead role, NEWSBAG, a short animated adult comedy in which he voiced the role of Mr. Spuddy, CITY OF ROSES directed by Andrew Kavanagh for Kavaleer, DEADLY, another short animated film in which he voices the role of Grim opposite Brenda Fricker’s Bridie, and the IFB Frameworks animation NITELINK.
​
He is based in Dublin.