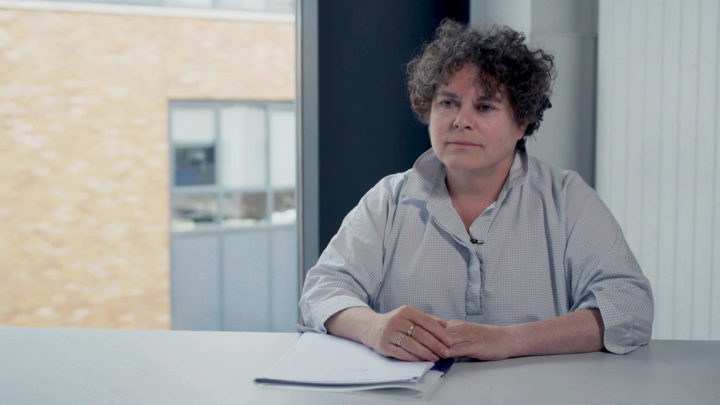 Marina Carr’s passionate reimagining of the aftermath of the Trojan War opens on the 27th September in the Project Arts Centre.

Ahead of Hecuba‘s Irish premiere, director Lynne Parker explains why this ancient story has such resonance today, and how the production’s ambitious design will make audiences feel “the world is changing in unsettling ways”. 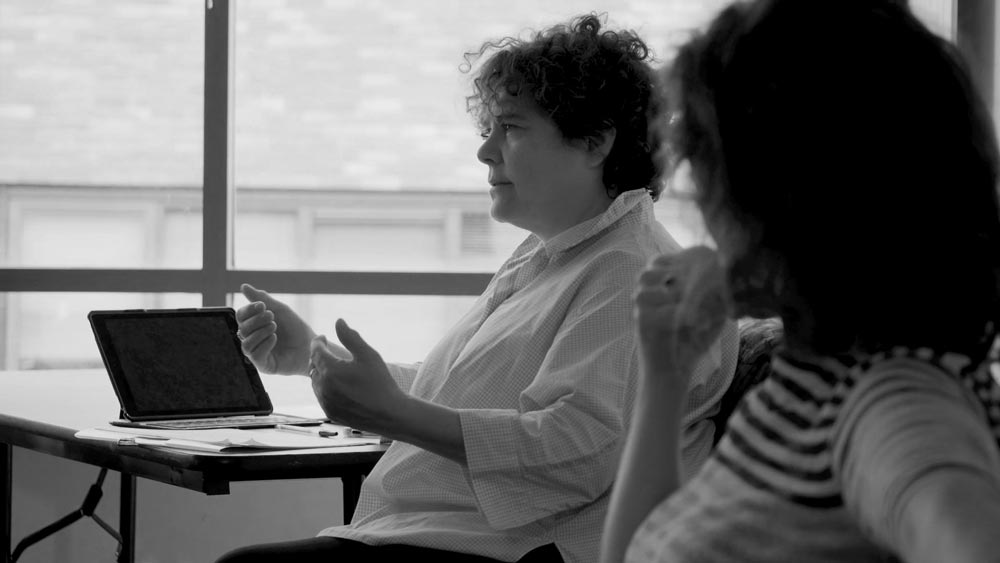 What attracted you to this text?

Marina Carr has used a very particular technique of running parallel timeframes simultaneously. So the dialogue contains spoken exchanges that occurred in the recent past, the simultaneous unspoken thought and the thought spoken to the audience in the present tense. That makes for an exhilarating compression and expansion of the characters’ experience. I hadn’t seen anything done in quite that way before.

And then of, course, there is the story itself.

This is a reimagining of a 2,500 year old Greek play which in itself was based on an ancient myth. What made you want to make it today?

It seemed to me that it was a piece that absolutely hits the zeitgeist. The sheer uncertainty of existence at this point makes it essential to revisit these stories which are at the extremity of trauma and yet which occur in the most civilized cultures. I’m aware that so many refugees fleeing from Syria and other places were people who a few years ago were living lives not unlike our own. We get so complacent in our safe Western communities, that we forget how recent and how close forced mass migrations have been and how perilously fragile our European peace is at present. 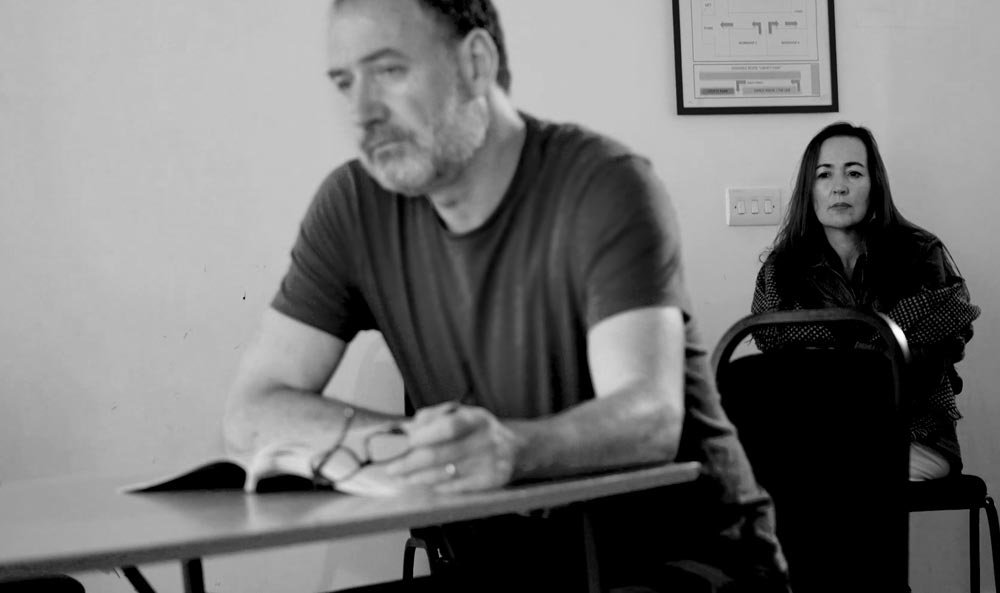 How has Marina Carr’s writing style influenced your vision for the production?

Marina writes with non-judgemental insight from the point of view of every character, whether victim or aggressor, with unsparing honesty. The characters are so very human, and complex. So the production aims to match that honesty and to draw the audience towards wondering how they themselves would cope/react in that kind of situation. 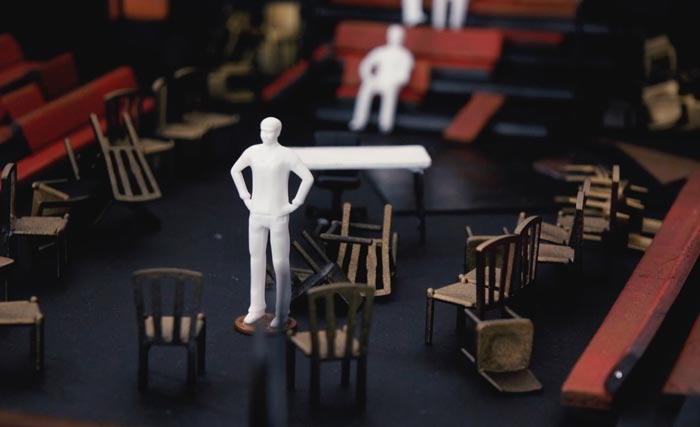 How are you using sound, set and audio-visual design to create the experience for the audience?

I want the audience to feel that this play is happening in the here and now. So we will be in a theatre that many of them have visited before, and many of the normal trappings will be present. But we want to disrupt the space, as we have done before, but in this case so that the familiar seems unfamiliar. Over all of this is the sense of the space having been violated and that beyond the walls the world is changing in unsettling ways. Within that, in response to the script, there is the possibility of beauty. So setting, lighting, AV and sound design will help give us that fluidity. We don’t so much want to change the setting as provoke the emotional sensations of dislocation and mutation.

You’ve directed adaptions of Euripides before with The Trojan Women and Phaedra. Have these past productions influenced your approach?

I directed The Trojan Women early in my career with a young cast that threw their hearts into a beautiful, threnodic lament for the lost women, and that, in the early 1990’s, at a time of aspiration and optimism, seemed an appropriate response. More recently Hilary Fannin’s Phaedra, written in the wake of the excesses of the Tiger economy and subsequent crash, was a furious response to that moral collapse. Hecuba takes our punctured selves a step further down into the abyss. 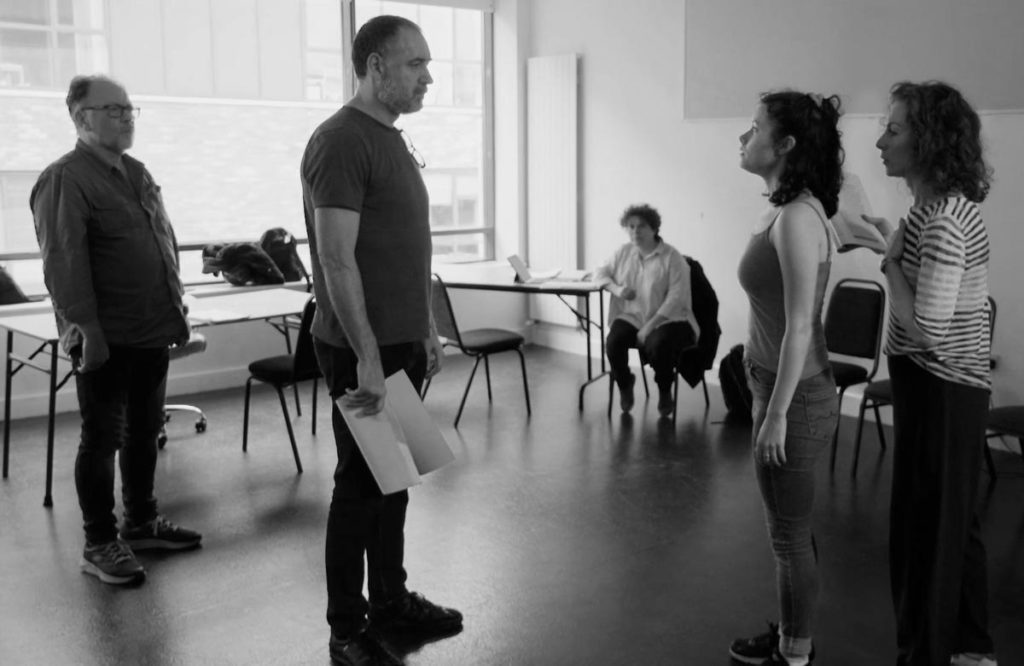 The ensemble cast of nine includes several of Ireland’s most esteemed performers as well as very talented younger actors. What is the rehearsal process for such an ensemble?

I’m keeping all of the actors on stage throughout the play, so we will need to be the very definition of an ensemble; that’s something we do anyway, but this is more intense than most. As the story is told, in many cases it will be an account of dealings between people who are hearing for the first time what their interlocutor was doing and thinking in the moment of exchange; in some cases the character has been prescient but all of the characters are now offered hindsight. That makes for a very dense set of reactions, so each character is ‘on’ all the time, fully present, fully engaged. That’s where the head-work will be. My job is to harness and control the energy of the piece and the visual poetry, so that the focus is always where it needs to be.

We have an exceptional cast of highly intelligent actors who can bring so much to the process and whose ideas I’m keen to access. Creating a relaxed, open working environment is my responsibility, particularly when the subject matter is so grave. We’ll work our socks off – but given the people involved there will be room for a degree of lightness!

Hecuba will be performed as part of the Dublin Theatre Festival